Joey and I had a great chat about the tour next month, 30th Re-Issue of Trompe Le Monde and many laughs.

But Only Days Later This Happened 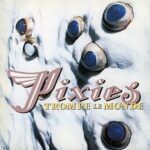 PIXIES CANCEL SEPTEMBER U.S. TOUR DATES
DUE TO DELTA-FUELED COVID SPREAD
I found this out from the Pixies PR company this morning via a press release.
I was floored as I wanted to still run the piece as I finally got my makeup right lol.
Anyway, even though the news is disappointing the interview might make you chuckle.

OF course I was not shocked when I got the news but floored as it was a going to be one of my better Zoomers regarding audio, visual, lightning and the like .

It’s sad that the tour is cancelled but it was great to laugh with Mr. Chile. Maybe it was a good thing we didn’t know about the Vulchers circling nearby.

The interview was to more or less chat about the days of the Trompe Le Monde  era and the 30th re-issue this coming September.

So I am going to play the Interview and hope you have some nice laughs.

I may have tarted up the tour with 9INCHNAILS a bit, but most of the shows were The Pixies with just two I think added. 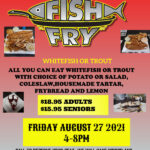 Facebook Twitter Pinterest linkedin Telegram
Coming up in the next week.. I will be interviewing the following Feel free to email me your requests and I wil...

END_OF_DOCUMENT_TOKEN_TO_BE_REPLACED

Did Maiah Wynne meet Coney Hatch-man Andy Curran and Alex Lifeson of Rush while out Clubbing?

Facebook Twitter Pinterest linkedin Telegram
Well, you'll have to watch the interview to find out. Maiah Wynne, an American up and coming star via singer, songwriter, actor, etc....