Album :Working On It (Seriously No Album Yet ?)

Punkers :Rebecca Lee Russell Vocals and Some Other Warm Bodies

I don’t normally post much punk music but there are some really good punk bands out there.

The Inner City Surfers have a punk vibe, the Mad Caddies are kind of Ska mee 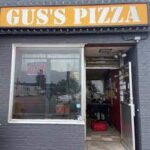 ts punk and there is a very talented Canadian living in LA right now Miss Rebecca Lee Russell who not only is a cult followed actress but also a singer in this band that has a large following on the West Coast.

It is hard to find much info on LTP but I believe they have a handful of songs and have been working on an album for nine or ten years lol.

I am in the initial stages of interviewing the cowboy hat wearing singer and the funniest thing was that this Toronto born, LA living hotshot was here in the Soo for whatever reason this summer. I will have to ask her about that. Anyway, check it out; it’s raw, just like punk is supposed to be.

Error happened.
Tags:
Inner City Surfers, lick the pole, Mad Caddies, rebecca lee russell, you're a drag
Facebook Twitter Pinterest linkedin Telegram
Newer Pizza Pizza Opening it’s 3rd Location in the Soo Again October 1 In the Area of the Old Huckson Corners
Back to list
Older Eric Martin of Mr. Big and I Discuss the 30th Anniversary of Lean Into It and Much Much More !!