This song is a tribute to original Quiet Riot guitarist Randy Rhoads, who died in a plane crash in 1982. Rhoads released two albums with Quiet Riot, both were huge hits in Japan. He went on to play guitar for Ozzy Osbourne.

Memory wise; I have to say that I cannot for the life of me understand why back in the day when Quiet Riot played at the Eastgate in SSM, Ontario that I did not have tics for the show.

I was working at the Days Inn at the time and when I got to work the night of the show for my 3-11, I found out that QR was staying there that night. I remember seeing the band in the lobby before Roman F from the Gate picked them up to take them to dinner before the show. I also recall in the morning that Kevin came to the front desk and paid for all of the rooms with his company credit card.

I was a big fan of the original band (lineup) but maybe because Carlos wasn’t in the band at the time that I decided not to go……………….or that I booked off to much the weeks before (which is probably the truth) that I couldn’t get the night off.

Anyway, this is a great song written for my favorite guitarist that died too young……Randy Rhoads. 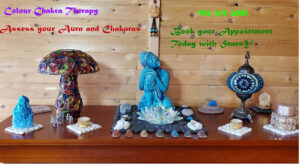