Greyhounds Pregame Warmup brought to you by The Canuck

Yes Greyhounds fans it is actually going to happen. After a lengthy delay of almost two years, the puck is set to be dropped at the GFL center tonight at precisely 7:07.

Tonight your Dogs of Winter entertain the fighting Battalion of North Bay.

The Soo Greyhounds went from being Memorial Cup contenders to a huge question mark this year with many inexperienced faces on the roster this year. Only 8 kids from the 2019 team will be in the in lineup after all of the kids at pro camps return.

In any event here is how the two teams stack up so far: 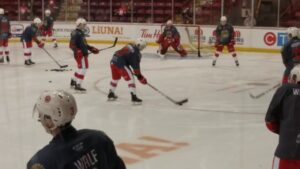 Players to Watch : Joe Vrbetic, G, North Bay (OHL): The Montreal Canadians draft pic has good NHL size, The big kid has been learning how to round out his game in net and should be a difference-maker for the Battalion.

Ty Nelson, D, North Bay (OHL):A No.1 pick overall with complete offensive abilities. He cracked the Top 100 junior players to watch out for.

The Battalion had to wait an extra year to get their No. 1 overall pick on the ice, but it will be worth it thanks to his offensive skill set. He’s a 2022 draft prospect. 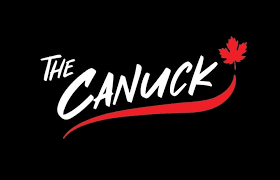 Ryan O’Rourke, D, Sault Ste. Marie (OHL): Coming back to junior after getting AHL experience last year, the Minnesota Wild pick can be a dominant two-way player. A natural leader O’Rourke will not only be a brick wall on the blueline but a threat to score. His size and his AHL experience will be like having a man playing with kids. This will be great season for him and most likely his last in a Soo Greyhounds uniform.

Rory Kerins (2019) 60 games-59 points (30G/29A) Kerins is gifted with a great shot and a knack for reading plays very well. He is very much a two way forward and is not afraid to block shots. Kerins is a threat for sure.

If you’re not able to make the game for whatever reason,  hit up the Canuck for tonight’s Game Day specials.