It Was a Case of the Desperados

The Soo Greyhounds last night skated into a team that were more desperate than they were and suffered a 5-3 setback to the Owen Sound Attack. 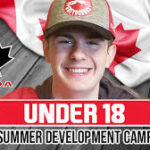 The Hounds were still their pesky and fast skating team, but the Attack were looking for their first win of the season and skated hard and took to the body all night. Andrew Perrot and Stephan Machacek were especially physical all night and paid special attention to Hounds forward Tye Kartye.

In net, I was thinking Dean would go with Charlie Schenkel again after a solid start the night before, but I am the furthest thing from a coach and John went with Samuel Ivanov who played a good game in a losing cause.

Tallying for the Hounds besides Bryce, were Tye Kartye, and rookie Marco Mignosa.

Scoring for the Attack were Andrew Perrot, Gavin Bryant, Colby Barlow, and chipping in with two was Stephan Machacek.

The Hounds return to action this Wed where they begin a three game homestand against the Wolves of Sudbury.

**One thing I have been thinking about was why in the OHL website game summaries is there no spot showing the scratches…healthy/injured. I think that would be helpful for writers and for serious fans keeping track of the politics; for instance if an veteran overager is out of the lineup more often than not and the team is carrying 4 and has to deal one like we did with Joe Carroll; it gives us the ability to kind of know what is going on behind the scenes. Anyway, I’ll quit yakkin and send an email to the OHL and see if this has been addressed and maybe we can get this put in motion.**

One thought on “It Was a Case of the Desperados”