Last night we saw the Soo Greyhounds start off strong with a 2-0 lead before fans at the Memorial Gardens or at home had a chance to sit down with their snacks. The boys then got into some of their own penalty trouble and before you know it, the Hounds were down 3-2. As you know, they eventually tied it up and won 4-3 in overtime.

Before I get into the overtime, I will say that overall the Hounds played really well especially on the shot clock as they were putting pucks on overager Mitchell Weeks from every angle ended up out shooting the Wolves by a wide margin of 51-28.

Both teams were 2/5 on the power play. 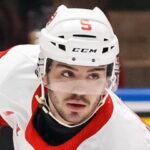 Scoring for the Hounds were Rory Kerins (2g/2a), Robert Calisti, and Tye Kartye (1g/1a) while the Wolves used Evan Konyen, David Goyette, and Nick DeGrazia to put markers up on the scoreboard.

Mitchell Weeks was really the difference last night as he controlled his rebounds and made some really nice saves in a losing effort. The Hounds also got some solid goaltending from Samuel Ivanov who I admit thought would be riding the pine with Charlie Schenkel getting the start; I am 0-2 in my Charlie/Samuel start predictions I must admit.

Anyway, summing things up the Hounds showed really good hustle and Calisti was dominant at both ends of the ice and Tyler Savard showed energy and gusto every time he jumped over the boards.

Now, you may be wondering about my article title and my math skills and here goes.

Greyhounds Gifted 1 Point As Well in Victory Over Wolves

Well, I call it as it is and I think it is only fair. After watching the replay of the Hounds overtime winner last night it is 100% clear that the only thing that crossed the line in the net was the Wolves players hockey stick. Multiple angles were used and the overhead one was the tightest. I don’t know if the video replay guys in Southern Ontario were busy with other things or if the tablet that the referees were looking at was scratched and grainy but that puck did not cross the line and Wolves coach and players have every reason to be pissed. 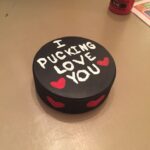 Hey I would have preferred the Hounds win it with the remaining time in O/T or in the shootout as I am a Hounds fan true and true, but the Wolves got burned. It happens all the time and each team over the years have had these things happen to them

I don’t know why they haven’t instituted high tech yet; the technology is there to put sensors a pucks length past the line a few inches under the ice and sensors in the puck. Once the sensors meet and converge, it is undeniable that the puck was in. Is it the cost? Maybe, but the technology exists.

Anyway, that is how the Hounds gained 2 points last night.

Next up…a home and home double header of sorts with the Hounds playing the North Bay Battalion on Friday and Saturday nights. The advantage may go to the Hounds as NB will be pulling a 3 in 3 like the Hounds did last week.