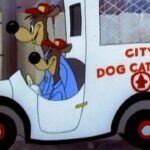 Your Soo Greyhounds will be looking to avoid being caught the same way the Bulldogs from Hamilton were muzzled last night by the North Bay Battalion 4-2. The Battalion will enter the Memorial Gardens on a high as they have been the only team to implement a loss in the Bulldogs column so far this year.

Here’s The Tale of the Tape

Players to watch will be Tnias Mathurin who leads the league in plus/minus +13 and teammate Brandon Coe who is right behind him with a +8. Rounding out the top 4 in this category are also…you guessed it Battalion. Ty Nelson is number three in the league also with a +8, and teammate Mitchell Russell is +7. These guys don’t make many mistakes.

Up front Kyle Jackson leads the way with 11 points, followed by Coe with 10 and Mitchell Russell has 5 tallies and a couple of assists for 7 points.

Don’t take your eyes off #22 either as Matvey Petrov has 6 points and shoots the puck often leading the team with 25 attempts. “You miss 100% of the shots you don’t take“ Wayne Gretzky.

The Hounds come into tonight’s action looking to get back on the winning side after a loss to Sudbury on Wednesday night. Leading the way will be Rory Kerins and Cole MacKay; both with 8 points and right behind with 7 points you have Tye Kartye and Tanner Dickinson.

Aside from rising star McConnell-Barker, two other rookies that are starting to find their way with limited ice time are Marco Mignosa and Justin Cloutier.

In the league stats columns, you will find Tye Kartye is second in power play goals with 4.

I will try and play the couch potato coach game again tonight; as you know I am 0-2 in he Charlie/Samuel predictions. I have a feeling that since Ivanov has seen the Battalion in regular season play and posted a win against them,  he’s had two days rest….so I think he gets the nod.

Schenkel will most likely get a start tomorrow in my opinion as he is 1-0 and played well for his win, he needs the experience, and he will face a tired NB team as it will be there third game in as many nights.

Pop in and grab some grub at The Canuck before the game and if you can’t make it, get Skip the Dishes to deliver while you watch the game on Shaw or via CHL Livestream.