Hounds Double Up on Saginaw by Dousing Spirit 8-4

Last night at the Memorial Gardens the Hounds returned to the win column with the help of three kids potting their first OHL career goals. 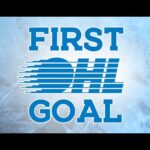 Tyler Savard had his first two; Connor Toms had his first, and Owen Allard by the reaction of his four teammates when he scored his first appears to be a team favorite in and out of the dressing room.

Rounding out the goals were Tanner Dickinson, Robert Calisti with two, and lone marker went to Tye Kartye who is now tied in points in the league at 19 with Guelph Storm forward Sasha Pastujov.

The Hounds also got some really solid goaltending from Samuel Ivanov who made some dynamic saves to keep the Hounds ahead all night.

**The Hounds are going to rest today before a doubleheader Friday and Saturday against the Guelph Storm.**