After a drubbing of 9-4 last night at the hands of the Soo Greyhounds; our neighbors from Southern Ontario will be looking to exact revenge.

Last night saw a hungry for the puck Greyhounds squad keep their foot on the gas all night and didn’t give the Storm much breathing room. Aside from a few sloppy plays in the last 10 minutes, the Hounds played a well executed game.

As announcers Gino Cavallo and Mark Matier noted; first year player Tyler Savard was dominant in his game and ended the night with 4 points. Ryan O’Rourke played a tough and gritty game as well for the Dogs. 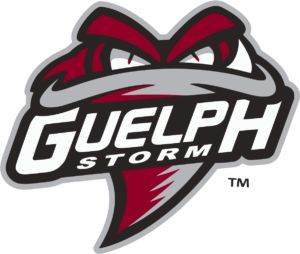 Keys tonight for the Storm will be strong goaltending and a hard start and lead after one period. The Hounds are strong at home and relentless when ahead of the pack. Look for Sasha Pastujov to lead the way as usual. In net I am guessing that Burnett comes back with rookie Jacob Oster who has played well this year with a 4-1 record and 3.17 GAA. One other thing of note will be to watch the play of Matthew Poitras who is second in rookie scoring after last nights performance; he has 12 points on the season and is only one behind in the league leaders in this category.

Tonight (from the Hounds) you will see no different than last night in terms of effort. Coach John Dean has these kids gelling and you can see the synergy get better each night.

The top line of Kerins, Kartye, and MacKay will do their thing as usual and Tanner Dickinson and Tyler Savard have stood out lately so let’s hope they keep it up so we finish this homestand batting 1000.

I am gambling on Charlie Schenkel to start tonight as two games in two nights usually doesn’t claim the same tender and I think Charlie deserves a start. We will see what Coach Dean says though.

Head up to The Canuck before the game for some grub. If you can’t make it out or catch the game live, utilize  Skip the Dishes.