Tonight the road warrior Soo Greyhounds will take to their A game as they will dual with the #2 ranked (CHL) London Knights.

The Soo Greyhounds are no slouch as well as they are ranked #10 in Canada this week and maybe that is why there are some rumblings about Kyle Raftis chatting with some GM’s including Owen Sounds Dale DeGray.

A twitter feed is suggesting the Hounds are possibly interested in someone from the Owen Sound Attack and if there is some chatter, a good bet would be the Hounds may be inquiring about the services of OA goalie Mack Guzda or even team point leader Andrew Perrot to shore up the Hounds defense.

The Hounds, would be looking to acquire rather than sell. John Dean and the coaching staff have once again proven to be elite and the kids are playing very well for them.

In any event; I am only speculating, but a team that wants to make a run would be better off getting the pieces of the puzzle in tact now, than to wait and roll the dice at the trade deadline time. The bottom line is the Hounds will need to make a move for a seasoned tender at some point. Experience and ability to handle the pressure that comes during big games are paramount in a successful run.

Now regarding tonight’s tilt; the Hounds have had quite a bit of success versus the Knights over the past three or four seasons and are a threat on the road.

Curiously this week, after losing the past two games, the London Knights have been lobbying the OHL about the ratio of penalties taken at home vs the power plays they are awarded. Seriously this is pretty much akin to whining.

Having said that; the Knights’ are a talented organization from top to bottom and I guess win at all costs is in their mission statement.

By letting it be known that they are not happy with that fact and that the Knights have been in contact with league Director of Officiating Conrad Hache is almost criminal. Complaining directly and indirectly about the officiating to the media (London Free Press) is concerning. The last time I checked that was off limits. Teams have been fined when coaches or members of an organization have criticized as such. Is this any different? I don’t think so either.

Why is this important right now for me to write about? Well for one thing, the Hounds have a superior power play and the Knights are pulling this stunt to maybe get a bit of relief from.

And; I’ll bet my last dollar that the officials going into the game tonight will have read the article and will have been briefed; doesn’t this sound like they are being lobbied? Don’t be surprised if we see some unusual calls tonight.

Like I said, the Hunters are great at drafting, coaching, and motivating and there is no question about that; but you can also add coercion and pressure off the ice to the list. Everyone knows that the Knights bring in the most money with their organization that filters at some levels to the OHL…so when they speak; all involved in David Branches circle listen, and quite often they are not impartial. Junior hockey is a fun game but more than that it is a HUGE business. 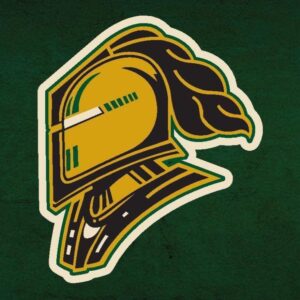 Players to watch will be the possible return of captain Luke Evangelista (illness) who has 15 points in only 9 games and behind him are forwards Sean McGurn  with 12 points in 11 games and rookie Colton Smith is averaging a point a game with 11.

On the backend, the Knights as usual have solid goaltending with Brett Brochu leading the league with a stellar 2.22 GAA average. The Knights also have two short handed goals to their credit and both belong to Luke Evangelista, so if he is in the lineup he will be someone for the Hounds to keep an eye on when on the power play.

Tonight the Hounds will have to rely on their speed and discipline. For the Hounds Rory Kerins and Tye Kartye will lead the way with both at number 2 and 3 in league scoring with a combined total of 44 points. Kartye has 13 goals with 10 of them on the power play. You can be sure he will be shadowed all night long.

Filling out the offence is Cole MacKay and Tanner Dickinson who both have 19 points. Tanner is also leading the team in the plus/minus category with a very healthy +11 which also sits him number two in the league in that category.

It is usually a hard and chippy affair when these two teams meet and you better believe that Ryan O’Rourke will have a strong effort, as well as London born Bryce McConnell-Barker.

In goal, whether John Dean starts Ivanov or Schenkel; they had better be ready for Canadas number 2 ranked team.

This will be the Hounds biggest test of the year and to come out with two points, it starts from a strong effort between the pipes.