Hey I love the Greyhounds and the organization, but I have to be fair and honest and when things are good, I will certainly give credit, but at the same time I would only be a HOMER if I were to sugarcoat everything when things are bad.

No, I am not saying it’s time to hit the panic button, but last nights game was similar to the Hounds win over Windsor this past Saturday night.

Passes were errant, scrambles for the puck were lost, some undisciplined penalties were taken, and I swear that pipe is almost clogged because there was no flow to the Hounds attack.

The game started out with 3 Spirit goals that came in the first period and two of them were goals that Samuel Ivanov should not have let in. That is a backbreaker because coming out into the second period, Saginaw coach Chris Lazary is going to make sure to keep up the attack but pay more attention to playing the man and limiting scoring opportunities and they did that perfectly. The Hounds registered over 30 shots, but only a handful were of any quality, and they found out that those chances were for not as they ran into a great effort by a last minute insertion into the lineup in goalie Andrew Oke.

Is there a game of chess going on lately? It was only this past Saturday that coach John Dean inserted rookie Charlie Schenkel between the pipes after Ivanov was listed as the starter.

Anyway, it takes a team to win and a team to lose so this is in no way a Samuel Ivanov hit piece; in my opinion he may have to work on his focus. He has shown that he is very talented, and even last night, with the 3 he should have had (the 4th goal beat him short side top/he missed leaning on the post), he still showcased some great talent. The score could have been 6 or 7- 0 if not for some really good pro caliber saves he made.

The Hounds were a bit snake-bitten at times as they hit two posts that I noticed, and if only for an inch or two, they could have been back in the game, but when things are not going your way; injuries etc, you sometimes end up not getting the bounces.

The Hounds will be a team to contend this year for sure, but the record and placement in the leagues standings right now don’t necessarily paint a perfect picture. Things are not quite as clear as they seem.

The Hounds for instance have played 17 games which is the most in the O as of today, and a good number of teams have as many as four and five games in hand. The Flint Firebirds actually have 6 and are in the same division, so you always have to keep that in the back of your mind. Being first in the division is great, but every game has to be played as if you were fighting to keep that ranking.

It had been mentioned/rumored that Kyle Raftis was in talks recently with Owen Sound and possibly for goalie  Mack Guzda. My hunch is that there was indeed some kind of back and forth going on, but that is just a hunch. The fact that Guzda was dealt a few days ago to Barrie gives some partial confirmation.

The Hounds are not going to keep going along this route of giving up an average of about 4 goals a game; you don’t win championships that way. Like I said earlier, this is not directed at Samuel Ivanov; the team as offensive as they are, are in need of some damage control defensively.

In terms of good news from last night, I really really like the way Caeden Carlisle has been playing. He is showing some really good decision making with the puck, he hits and finish’s his checks and seems to be very comfortable on the ice. If anything positive is to be made with Jacob Holmes out of the lineup for the next few games or so, it is the fact that Caeden is getting more playing time and he is certainly taking advantage of it.

Is it just me, or has anyone else noticed that Bryce McConnell-Barker has been pretty silent the last three games or so. All year his name would be mentioned a bunch of times and; well for instance, the second half of the game vs Windsor, I don’t remember hearing his name and was wondering if he had left the bench and was nursing an injury.

Who knows what is going on there, but we need him to get back on his game; he is the future of this team.

Scoring for the Hounds was Tanner Dickinson who on a breakaway made it look like childs play in the way he faked out Andrew Oke in the third to destroy his shutout bid.

Now, in reference to the “violence”; ha ha, I used that word in my previous article and it really isn’t a word that is common in sports.., but I threw it in anyway.

Well, low and behold, was I ever floored when Ryan O’Rourke was being interviewed by the Spirit announcer and his notes on Ryan were that his type of play was “gritty, old-school, and violent” I could not believe it, but it made me chuckle.

I am going to have to send that announcer a bouquet of flowers.. or since Saginaw beat us, a bouquet of burnt roses as my late pal Ben P. would say.

Make sure to come back Sat pm for Sundays game preview where the Hounds entertain the Erie Otters. 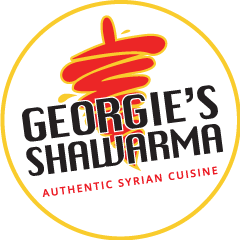