The Hounds couldn’t be entertaining a better team right now than the Erie Otters at the Memorial Gardens on Sunday afternoon.

Erie have struggled this season and so have the Hounds lately; what better way to get back on track than to play the basement dwellers. Erie is only batting .300 which in hockey is terrible, they have only won 2 games in their last 10, and they have a record of 4-11 in 15 games so far.

With the crippling start to the season; Erie management acted fast and Chris Hartsburg (Son of Craig) was let go of his duties a week ago and Assistant/Associate coach B.J. Adams was promoted to the role of coach. Whether or not that will stop the bleeding is to be determined.

Thanks John C for the update; I have been pretty busy today and missed the fact that although the Hounds will be well rested having played last on Wednesday in Saginaw, Erie comes in to town and will be playing their third game in four days. The Hounds will have a definite advantage in regards to.

It is also possible that injured Hound D man Jacob Holmes will return to the lineup.

Two other injuries are still on the mend list with Kalvyn Watson recovering from a fractured wrist, and Tyler Savard nursing an ankle injury. 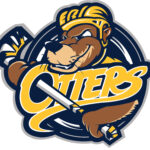 For Erie to beat a talented Soo team they are going to need to step up their defensive game. Carrying three goaltenders, they have relied on Nolan Lalonde for 11 starts and he carries a mediocre 3.75 GAA. The two tenders behind him have a combined GAA of about 5 goals against with each Otter starting two.

Leading the way up front for the Otters will be Brett Bressette, Elias Cohen, and Connor Lockhart.

Hounds to watch out for will be Tanner Dickinson; arguably the best Hounds forward in the last 10 games or so, and the usual suspects, Tye Kartye, Rory Kerins, and Cole MacKay. On the backend; if Erie plays anything like their record suggest, look for O’Rourke and Calisti to put up some numbers.

**Capacity limits of 50% are now back and will be implemented for this game. Through the first 9 games of the 2019-2020 year there were 34, 671 Hounds fans that supported the team financially. To date; at 9 games this year, there have only been 24, 765 fans in attendance. A difference of 9906 paying customers and using $20 as a benchmark; that is $198,120 less in the coffers. Will the organization at some point petition the city for some sort of rent relief?; you would think they may have to. **