If you watched the game last night, you would have asked yourself “weren’t the Greyhounds supposed to be playing”?. That sentiment wouldn’t be far off.

A brutal opening frame and a very subpar overall performance somehow managed to gift the Dogs a point as the game went into OT and it took just 24 seconds for the Hounds to return the gift and give the Windsor Spitfires the win. 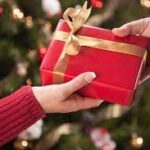 Turnovers left, right, and center, and I can’t count how many times Spitfires managed to get behind our defense on breakaways or partial breakaways. For whatever reason, the Hounds didn’t seem to be there mentally or physically.

If there was ever a chance to beat this team, it was last night. Not only did they not have to face the hottest goaltender in the league in Xavier Medina who was out with a last minute injury, they also would  have got the news that 2 of the top three point men on the team were also out. In addition to Will Cuylle being out for the World Juniors; Kyle McDonald was forced to sit as part of a suspension he had received.

There really was no excuse for the lack of urgency to go up 3 points on the Spits who now sit tied with the Hounds.

In addition to working on the PK; it looks like the Hounds have work to do playing 3 on 3 in extra innings. This was the second game in a row where the Hounds quickly lost the game. With a speedy team, you would think the Dogs would have the advantage in this area, but the last two games show there is much work to be done.

Bright spots? There were a couple. 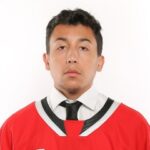 One was the bravado of young Jordan D’intino who not only collected 2 assists, but showed some character initiating a scrap after overager Cole McKay was leveled with a hard hit by Nathan Ribau @ the 11 minute mark of the third period.

The other bright spot was the Kyle Raftis brilliance in obtaining Tucker Tynan in goal. Once again if it were not for him, the game would have been a blowout.  He doesn’t give up rebounds, and last night he stopped breakaways, odd man rushes, and even a penalty shot to keep this game from getting out of hand.

Facing 46 shots in regulation and stopping 43 of them; you could argue that Tucker earned the one point the Hounds got on the bus with.

Tonight the Hounds are in Kitchener and they better not take the Rangers lightly. The Rangers are a scrappy team that sit 3rd in penalty minutes and have a .500 record of 12-12.

Although they have a 1-4 record in the last 5 games and the fact that the Hounds lead the season series 2-1; they will be fighting with everything thing they have to go into the Christmas Break with a winning percentage.

Earlier this month a few Rangers were suspended as part of a brawl with their foe the London Knights, but those players have served their suspensions (except Simon Motew) and will be in the lineup. Declan McDonnell who tried out for the Team USA squad didn’t make the team and will anchor the the right wing.

Players to watch : Tye Kartye, Cole McKay, and Rory Kerins who will play a great game to atone for his miscue in overtime last night.

Chances are that Tucker Tynan will get a consecutive start as he has played well and Coach Dean needs him to get his first win under his belt.