Spitfires Land in the Soo for Battle Against Mended Enemy

It looks like the Soo Greyhounds will ice a complete healthy roster if Cole MacKay is in the lineup tonight. With all of the other injuries mended with Ryan O’Rourke to start; it will be the first time in quite a long while that the Greyhounds have all of their weapons at disposal.

Even if Cole is still touching things up and doesn’t play, it will be just as big of a boost to have the their captain and leader O’Rourke on the backend.

The dynamics of the Spitfires will also be different as they have made some moves in recent days/weeks and have shipped out Kyle McDonald and Grayson Ladd, while acquiring Andrew Perrott, Josh Currie, and Matt Onuska to backup starting goalie Xavier Medina.

On a friendly note; Marc Savard, coach of the Spitfires, will finally see his son in action and will be hoping Tyler plays a good game but not good enough to beat his own team. Tyler suits up for the first time against his Dad this year as he missed the previous games in Windsor due to injury. 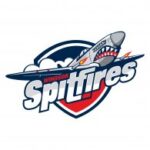 For the Spits; they will get a boost from their new additions, primarily from the big defenseman in Andrew Perrot. Up front the scoring usually comes from Wyatt Johnson (46pts). Will Cuylle (25), and Matthew Magio (25). The two teams are 1-1 against each other this year with both games played on the runway in Windsor. The Spits have good goaltending in Medina and they also have a good road record where they have an 8-4 record.

The Hounds are anxious to get on the ice tonight with their anchor Ryan O’Rourke to give them some leadership and direction in the dressing room and on the ice. I am not saying the other older kids cannot do the same; just that the young rookies need the extras that only a kid with Ryan’s’ clout and stature can give. That is why he was given the leadership role as he can be an influencer and someone for the rookies to look up to on a level near their own (age).

If Cole is back on the ice, that will also be big. This group if everything goes well (season/future) will be gelling again over the next few games to get into a groove for the playoffs. Yes the playoffs are a ways off, but with the injuries this team has suffered to key components, it is almost like starting the season again in certain ways.

The Hounds brass know now that they can count on any one of the kids to step up as players brought in over the last 6 weeks or more have played above expectation as per their experience. A few players that come to mind are Caeden Carlisle and Andrew Gibson who has shown confidence you don’t usually see from a 16 year old. With Ryan returning, the latter will have to wait for his playing time, but he got a taste of what the next level is about.

Tonight, the Hounds will look for a win via Ryan O’Rourke, Tanner Dickinson, Tye Kartye, and the rest of the offensive dynamite.

The Hounds boast a super potent power play and the Spits have a penalty kill at about a 74% clip overall, but like their record on the road; their penalty kill on the road is decent at 84%. It will be a chess match regarding those numbers but digging deeper.. the Hounds PP at home is divine at 36%….yes you read that right !!

In goal I am going to gamble and I think I can’t lose this bet. Tucker Tynan will be back between the pipes.

**There is nothing new on the trade front and whatever talks Kyle may be in; surely some of those are to get Charlie Schenkel on a team where he can play and develop; I am sure it has been tough for him over the past 4 weeks.**

**Speaking of goalies; my interview with Marty Turco will be uploaded to my YouTube channel Border City Rock Talk Tues or Wednesday and if you don’t want to miss it; click the SUBSCRIBE button in order to be notified**