Tonight the Hounds will try and make a big statement that their brutal play a couple of weeks ago at the hands of the Spits was a fluke. Since the two dreadful losses to the Marc Savard coached team, the kids picked up three new teammates and rattled off two impressive wins.

This team is built for a championship run as Kyle Raftis pulled the trigger and if you don’t believe me check out the interview below with one of rocks most recognized figures Dee Snider. Dee must have a kid or relative in the O as he is very familiar with the Hounds…I really don’t know what prompted him (ha ha ) to say it but he says “it goes without saying that the Soo Greyhounds!” will win the Memorial Cup. It is during our Q and A section of the interview but watch the whole thing as it has a very Canadian dynamic (Genie Bouchard/Alissa White-Gluz) and is funny and light…and Dee finally (for the first time ever!!) responds to Ted Nugent’s chirping about him recently.

Anyway, on another topic and note; I have sent countless emails to the Hounds media/ticketing departments as well as the OHL itself trying to understand why there have been many games that have had their times changed from 7:00 to 7:30  or vice versa or 6:00pm to 4:00pm etc etc. You would think that that would be any easy answer but apparently it is something both do not want to address. I am sure it is C19 protocols but please explain. Is that so hard?

Tonights Matchup Tale of the Tape 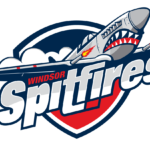 Players to watch tonight will be anyone on the ice.. as this team humiliated the Hounds not long ago. In particular Wyatt Johnson will be a threat as he leads the league in points with 60 and assists with 40. Teammates Will Cuylle has 36 points and behind him Matthew Maggio has 34 points.

On the backend, Xavier Medina is strong in net and just shy of cracking the very respectable 2+ GAA that all tenders strive for. As of today it is 3.03.

A newly acquired Andrew Perrott on the blueline also makes this team strong and someone who will make a big impact if the Spits are to win tonight.

The Hounds should be good to go with the motivation after suffering the embarrassment in front of dozens of staff and arena workers a few weeks ago. Tonight they will only be heckled by the Spits on the ice.

With the arrival of Thompson, McMullen, and Anselmini, the Hounds will start the game off like no other. The only worry of concern will be on the backend and if some of our D will play their positions and not end up caught up the ice. This has been our downfall all season and with two goalies that suffer from a GAA over  3.50 ; this team has to tighten up in front of them and not allow as many shots or close opportunities if they want to go to the dance at the end of the season.

Rory Kerins is leading the team with 58 points and will want to catch Will for the league lead and will play a strong game. Tanner Dickinson who I think will challenge for the team point lead will play strong and Tye Kartye will also be a factor for the Hounds to win.

Jack Thompson adds some maturity and will help pucks from getting to Tucker Tynans net.