Yeah why not..we are heading into the weekend and I feel like being a bit silly so if words don’t line up quite right, just go watch some reruns of the modern stone age family. Hey if Anaheim got away with it with the Mighty Ducks, why not the Flint Stones.

Firebirds? ….not today they aren’t.

Anyway the Hounds get on the ice tonight as part of the their three game homestand with an impressive win behind them on Wednesday night against the Saginaw Slates.

Flint rolls into to town for the first time this year and it will be prom night as recent games against Flint have been cancelled due to C19 protocol. Both teams will be green in the first 20 minutes trying to figure out each others strategy and style.

The Hounds need to build on their win from the other night and keep up with the great puck possession. When you are hitting the net 35-45 times per night which has been a normality for the Dogs on average in the past 5 or 6 games, you are doing something right.

Keeping yourself in position and mentally focused when not in possession of the puck will do nothing but give the team that much more of an opportunity to to win the game.

The kids I am sure heard about the rare comments from an opposing coach (Chris Lazary) that he figures the Hounds are a contending team; let’s hope the boys don’t get cocky, but actually much more focused and driven to prove him and everyone that that is in fact the case. 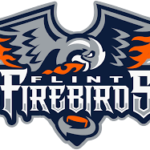 Flint comes into tonights game 5 points behind the Hounds with two games in hand. They are also 7-3 in their past team.

Reasons for recent success are due to the play of Brennan Othmann who has 53 points and is playing some really good hockey. Behind him helping the quarry workers are Riley Piercey with 37 points and Amadeus Lombardi with 29.

Tanner Dickinson, Tye Kartye, and Rory Kerins to name a few, will be leading the way for the Dogs. On the backend Jack Thompson and Ryan O’Rourke will steady any kind of Flint attack and stifle any rocks the Stones may send towards the net.

In goal it is always a guessing game lol.

I predict Tucker Tyan and Sammy Ivanov get the start !!