I am not going to sugarcoat it. The hounds lost because of players/player…take your pick, not playing their positions properly.

Being caught behind the oppositions net or deep behind the blueline and having to sprint skate back to position will exhaust you. Coach John Dean mentioned fatigue caused the loss partially and he is right. When you have defenceman out of position and forwards having to skate to catch players on the rush when their own teammates are not where they are supposed to be it is going to drain you.

Teams allowing breakaways or two on ones should be rare, but it is becoming customary for the Hounds to allow 3 or more of these a night.

If you agree with that, then maybe a few players should be either moved to forward from defenceman or maybe coaching staff should have a chat with these players or player. I do not want to single out anyone because these are kids and as much as they need to take a little criticism in order to become strong mentally; at this point I will leave names out.

Most that follow the Hounds will know who I am talking about.

If you put up good numbers for a D man but are often caught while the other team scores, the only thing you have done is pad your own numbers. The result it is a team loss and it is about time that coaching address this issue.

The penalty killing has been superb since coming back from the Christmas break and now it is time to be honest about this ongoing problem. There is no excuse for playing great hockey for two periods and having stellar goaltending and building up 2-0 and 3-0 leads to have them slip away..no excuse.

Friggen poor Tucker Tyan has played some excellent hockey since arriving in the Soo and he keeps getting slapped in the face. Coaches admitting they made mistakes etc. is starting to get old. It may be about time to put away Mr Nice Guy and call out or bench some of these kids. John Dean has been a blessing since arriving here but he seems to be a bit too nice in his post game comments. It is great to be loved by your players, but it shouldn’t be unheard of to bench or sit a few players here and there to send a message.

If the Hounds are going to go far; the nice guy gloves need to come off. Dale Hunter or Sheldon Keefe would not let these ongoing problems go as far as Dean has.

Scoring for the Hounds were Robert Calisti, Cole MacKay, and Tanner Dickinson with 2. 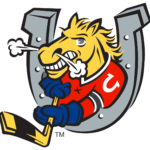 In goal Barrie is strong with Mack Guzda.