If I Were Dean I Would Hit and Not Pass

With only two games remaining and the Hounds chances of overtaking Flint being out of the question, does Coach John Dean tinker with lines or new penalty kill or power play strategies?.. and most importantly does he “rest” his top players for two reasons.

The first being to let the body take a Christmas Break in some respects and heal minor injuries, and the second is to prevent an injury in the games when the real test is about a week and a bit away.

Teams are known for doing this and it has become a trend. It is not cool for the fan who pays for the ticket to see his team and the best possible product they can put on the ice…but hey, don’t fool yourself; it is a business first and the fans pleasure a very close come second.

Here is the challenge and I have decided to write about this topic because I believe I overheard John in an interview during the intermission the other night alluding to this possibility.

The problem in my opinion is that if he does this while the Hounds are on a role winning 5 games in a row and scoring a whopping 36 goals … is shooting himself in the foot by taking this chance?

Kids envy things like winning streaks, point streaks, breaking records etc and the more wins, the better the confidence. Wouldn’t it be nice going into the playoffs winning their last 7 games? 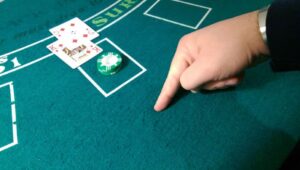 Sure the playoffs are a different animal, but …then winning the first playoff game can play in their heads that now they have won 8 straight etc etc.

Of course the Hounds won those games recently against bottom feeders, but the point is they have started to gel. Playing Flint tonight will show how good they can be as Flint is a top team in this league. Going into Flint and keeping the streak alive will do wonders for this team that has played Jekyll and Hyde and Seek most of the year.

I hope John Dean doesn’t go with the formula of resting kids in these games but he makes the call.

Keep in mind also that with Savard,  Mignosa and D’Intino set to play tonight or tomorrow, they may be a bit rusty and with the extra minutes they might log with Kerins, McKay, Kartye, O’Rourke in the press box will it backfire?

John you have a good streak going and many of us personally hope you don’t change the oil in the engine.

At the end of the day; this is not a Championship team I am afraid; so there is no reason to be extra cautious and take any kids out of the lineup.

In regards to goaltending, I would be leaning on Ivanov personally, just because of his winning percentage. As we all know; analytics are why Kyle Dubas is where is right now, and it is also the trend that has been in play for quite a while.

I do not know what will happen tonight but whoever plays tonight and if he wins, play him again tomorrow night. We have seen it all year of goaltenders playing back to back nights and we need to know who the starter is going to be after the game tomorrow night. This kid has to prep mentally and not “hope” he will be given the start next week. It has been a long season and long enough for the staff to have figured out who gives the team the best opportunity to win.

I like Tucker but for whatever reason he hasn’t outplayed Sammy since coming to the Soo and the Hounds team have let him down at times but at the end of the day; we need wins and this organization needs to advance at least to the second round for the ticket revenue so badly needed.

It is up to you John…are you going to hit and play those kids or pass/waive and play the passive card in regards to rest and Sammy Ivanov.