I hope everyone had a good time last night at the Community Event here in Richards Landing. I believe that Hilton Beach has theirs on August 6th. Now, with such a small island and small communities involved, has there ever been one large community night? I don’t know as I am a mere landed immigrant to the Landing. I asked a friend about this and she said…”double the fun” and she did not think it was adversarial; but I was just wondering if by doing it together the money could go further. In order to put these events together, you need volunteers, donations, and public municipal funds. If money was pooled and the events held as one, the celebration could be a bit more unique with different flavors and added toppings to the already tasty ice cream that each community provides each year. One year the celebration is here in the Landing and the next year it is in Hilton Beach. Just a thought….that’s all. 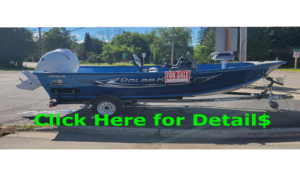 Purolator Drops the Ball “so why not hire more drivers?!”

I have received a request to talk a bit about the Purolator situation, which I didn’t think would be something that was of interest, but I guess I was wrong. After chatting with some people, I have heard that the driver or drivers on the Island have been doing things differently than pre C19. I contacted the local Purolator drop off and pick up point, which is the Kentvale Hardware store, and spoke with a very nice woman who I assume was either the manager or owner and she had quite a bit of great information and a professional tone to her mannerisms.

She told me first off that since C19 there have been challenges as per volume. Remember folks that most people were not ordering before this all happened in the numbers they are now from sites such as Amazon, eBay etc. I would say it has increased many 1000 fold and that is one reason items may not be delivered on time or to the door. If a driver is swamped with many items and only has a limited time on the island, they may not be able to drive up the driveway and deliver to the door and she has heard of items being left at the end of the driveway. We also spoke of how before C19 they would require a signature and now that is not the case in many respects. This nice woman also pointed out that if they do not have enough drivers in the Soo, that will make them not get their items on the Island and hence a one day delay at the least…..now add up the orders for that day and there you go. You may be in backlog for a few days until things catch up. 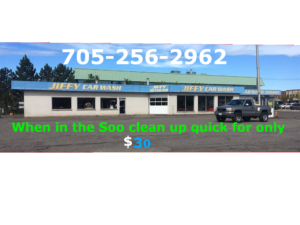 She says they do have a regular driver that knows the people and the area but sometimes others will be doing his route and not know the area as well or other things.

Think of your mailman who knows to put the mail in your side mail box but a substitute will put it somewhere else.

All in all the bottom line I guess is the volume increasing and that is primarily the reason for the hiccups and issues. I loved her comment which was common sense but brilliant at the same time which is above in quotation marks

I hope people from the Soo and area take a drive out here and check out the Women’s Institute of Technology. It is really nice with manicured grounds and landscaping with a very beautiful view. Ummm no it is not a school but a name I use for the beach area that is named for it. You can’t miss it if your are driving through Richards Landing as it is directly beside the Cucumber Court. 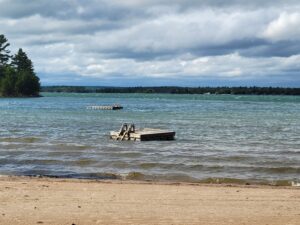 This beach has soft sand is very clean thanks to the responsible landlords. Walking out a few hundred feet may remind you of good old Harmony Beach that is about an hour north of the soo for its’ shallow and smooth bottom.

For those that bring their kids to Harmony for the soft sand……you may want to investigate this school as there are many amenities that other communities may consider liabilities. Who remembers Tommy the Train at Bellevue Park in the Soo? I do and I also remember the travesty of the weak council that voted to fence it off because little Johnny could fall and bruise his knee. 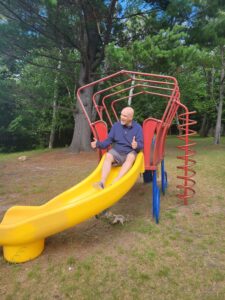 Anyway, there are real things to climb on, there are swings, there are just a whole range of playthings for young kids. The beach area is also very very clean and there is  a couple of nice areas to enjoy a picnic either on the tables or under the windowless cabin in case it sprinkles.

The one thing I need to mention though is that this little strip of love is not very long but is worth the visit. Another thing that I think is unique is that there are two really cool rafts that kids and adults alike can swim too and relax while getting a tan on the wooden island buoyed in the water. The first one is in water only about 4 feet deep but the second one a bit further out is good for diving as it gets deeper.

Add to this a court next door for some tennis next door, the fact that they have proper bathrooms and you and your family will have a really nice day at the park……..I mean the beach….I mean both.

**Next weekend I will be writing about my StarWatcher Dobsonian (1200mm x 200mm) and astronomy as I recently acquired a super duper telescope.**

** I will also be writing about topics from your suggestions and one from an email I received about the challenges that small business owners in the food industry face as per the local Legion and their selling of food ………………well I will leave that until next weekend. **

** In regards to the walking group, I apologize as per time management issues I have not been as proactive as I should. There has been a surprising amount of interest. There will be a walk at 8am from the Marina in Richards Landing on Martes Augusto Segundo……………………………Tuesday August 2nd**

Thanks for reading and have a super week.