Is There Anybody Out There ?

Seriously; I have always assumed we were not alone, but without direct proof how I can I be sure? I have always been a fan of late night talk radio and listening to Art Bell and Dreamland/Coast to Coast AM for decades. His show consisted of talk of UFO’s, alien life, the face on Mars, near death experiences and things of that (at one time taboo) nature. 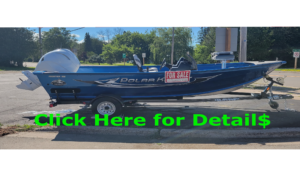 Anyway, since moving here to the Island I have acquired a Sky Watcher Dobsonian 200mm telescope and I am in the midst of trying to understand how to use it so I can sneak a peak at the moon and its’ craters and such. 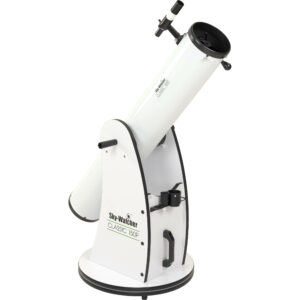 my new (to me) toy/ Sky Watcher Dobsonian

. I also want to find out if my Mother was pulling my leg many many years ago. You see, growing up as a Catholic, my Mother on one occasion told me that she would sometimes look up at the moon and see Baby Jesus sitting there watching over us. Well Ma; if you were pulling my leg it may be time to fess up as I might have this puppy ready to go in the near future and you know how I hate to be disappointed.

So I have a question to you all; are there any avid amateur astronomers on the island? I might need a hand with things like……pointing in the right direction and focusing. 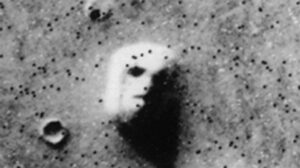 I am seriously going to really invest a lot of time and energy into this new hobby and the goosebumps on my arms are at an all-time high because according to Space.com “On Sunday night, August 7, the terminator on the waxing gibbous moon will fall just west of Sinus Iridum, the Bay of Rainbows. That semi-circular feature, 155 miles (249 km) in diameter, is a large impact crater that has been flooded by the same basalts that filled the much larger Mare Imbrium to its east – forming a rounded “handle” on the western edge of the mare. The “Golden Handle” effect is produced when low-angled sunlight brightens the prominent Montes Jura mountain range surrounding Sinus Iridum on the north and west. Sinus Iridum is almost craterless, but hosts a set of northeast-oriented wrinkle ridges that are revealed at this phase”

I hope that I can witness this creation of God on the said day and all I need to do is locate the eyepiece on this long metal tube.

Now with all kidding aside it is going to be an interesting hobby here on the island with the clear and blackened skies. I remember seeing pictures of the infamous “face on mars” and being intrigued by it. I am not quite sure if it is just a trick of light or an actual symbol built eons ago. The scientist who made the hypothesis Richard C Hoagland is no slouch as he has not only won many awards, but was Walter Cronkite’s CBS science advisor and among other things was one of the first to say there was water in the form of a liquid ocean under the crust of one of Jupiter’s moons Europa.

He was ridiculed by many well educated scientists in the community for decades but the last laugh was had by Dick. Richard was right as we now have proof and know there is ice/water on Europa; and where there is water, there is more than likely life…at least at the nano level.

In regards to Mars I read the book (pictured)

about 25 years ago by Hoagland and that is where my interest in the subject was born. I do believe the chance that the face was built by an ancient civilization as being a strong probability. Just think about Machu Picchu in Peru to which I have visited or the pyramids at Giza; there are many mysteries here on our own Earth that we can’t explain as to how they were built and by whom. We can only theorize, but the bottom line is they were brought to us by advanced peoples long long ago.

Now as the days get shorter and the nights get longer I am itching for the cool night sky that follows so I can start my journey into the stars. This will be my first Fall on the island and this new hobby is going to be as exciting as selling a ketchup popsicle to a woman in white gloves.

Once again if there are any like minded people in the area that can help me out or want to get together for some alien discoveries please do so by commenting or message me directly.

Thanks so much for reading and please join the FB group The St. Joe Islander so you don’t miss any new articles I have coming up. The next one is of a very political nature and I can guarantee you will not want to miss it. I am going to try and get that one published and edited by Saturday or Sunday. In any event have a super duper day.

35 thoughts on “Is There Anybody Out There ?”