I have to admit that when I starting reading Confess, I ran for my British dictionary immediately. I mean, if they can translate books into Japanese and Spanish, while the bloody hell not North American English? Actually, I already knew what a boot, crisps, and knickers were in this foreign and strange language, so guided by my memories of watching old Benny Hill reruns, I was able to put it all together. 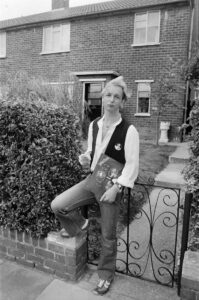 In all seriousness, as I told Rob during our interview (coming soon), it was a super book and was easy to read. The writing style for the book was genius and masterful. It cut to the chase right out of the gate and I am sure many will agree that they haven’t read a book in such as short of time as I did.

The book reminded me of a Harlequin novel, but for men, that like men; at other times it captured the passion and lust like reading the letters at the back of a Swank or Hustler magazine…. but for men, that like men. Are you following along? Yes, the book goes into detail about the singer’s coming out as a gay man in 1998. The band, staff, family and friends, knew he was gay from the start and his fans heard the rumours and some guessed, but Rob needed to get it off his chest publicly just make sure there was no confusion…. just confession.

The main backdrop to the book was Rob fighting with living this lie to the public at large, and the subsequent and unique ways he found to relieve himself at times…if you know what I mean.

Yes, Confess is that graphic, but why not. This was the Metal God being as honest as if he were in a confessional.

Aside from this, Rob chats about Priest’s early rise and success to the band trying to eclipse Spinal Tap for the most drummers. Judas Priest were to go through other lineup changes as well, and Rob talks about what went on with Ken (K.K.) Downing and Glenn Tipton leaving the band, and the current status of the friendships that still remain. 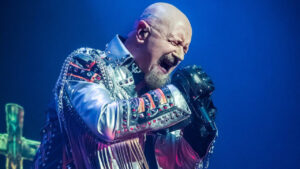 But to be perfectly serious, Confess is about Rob, his growing up silent as a gay man, his first handful of lovers and what they meant to him, and how they helped paint the picture of the Rob Halford we all know and love today.

I will not write any more about Confess as Christmas is coming up and that Priest fan in your life would love a copy of the book unspoiled by me.

I was lucky enough to be granted a 15-minute phone audience with Rob. Read the full interview here on Montreal Rocks in the next few days.