Will Be Speaking With These Founding Members of Paradise Kitty Very Soon !!

Well, what do you get when you get a band of super talented musicians, and add in charisma, and good looks? 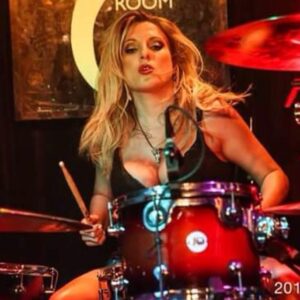 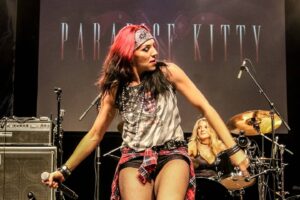 I will give you three guesses but the first two don’t count.

Yes, you guessed it; you get the best Guns N Roses female tribute band in the world. Female? Yes female and what does it matter what sex they are…the bottom line is they are top notch musicians, entertainers, and hey….not very hard to look at.

Paradise Kitty was formed by Jenna Syde and Rachael Rhine and have been rocking not only the Cali scene but the States and around the world for decades.

I would like to announce that Jenna and Rachael will be joining me here at Border City for an exclusive interview very soon for their fans not only around the world, but more specifically Canada.

Please check out their website www.paradisekittyband.com and the nice medley of GnR covers that I was able to steal and insert here ?. It is really a great piece of work to introduce Roses fans to Paradise Kitty’s talent.

After watching this clip and others, you will no doubt be amazed by the musicianship; and I swear Jenna has better moves than Jagger….I mean Axl. Nothing personal Axl !

Until then keep coming to this site as Dee Snider, Josh Todd and Bumblefoot interviews will be published and uploaded this week.

Thanks for dropping by ??

Error happened.
Facebook Twitter Pinterest linkedin Telegram
Newer Who remembers White Wolf from the 80’s ??? Well in twenty years you will member these Northern boys ..
Back to list
Older So When Is the Dee Snider Interview for his Canadian Fans going to go up? !!

42 thoughts on “Will Be Speaking With These Founding Members of Paradise Kitty Very Soon !!”