Yes, I too have always wondered what that mumbo jumbo was at the beginning of this song was?, so after 40 years or so of steady research, I finally figured it out. My friend Joseppie Google tells me that this is a popular Japanese traditional song called Cherry 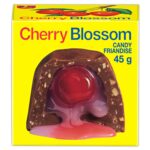 I remember listening to this tune in my friend **** Nogalos’ basement while we were kids.

We would crank it while were were playing whatever on his miniature pool/ping pong table.

He had the tape (yes kids…tape….cassette….) playing in his Fisher brand ghetto blaster that I believe he bought at Moore’s Audio Visual here in the Soo.

The Japanese build state of the art products and I remember my ghetto at the time was a really really great sounding Akai.

The quick ones will get the above reference