Yes, we are stretching inch by inch by inch closer to seeing the young Soo Greyhound hopefuls of 2021-22 hit the ice which is 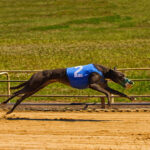 currently being installed from what I understand.

In about 2 weeks, training camp will begin with physicals, conditioning, on ice skating, drills, and scrimmage sessions.

As we creep up on the home opener on Friday October 8 against North Bay, the one thing that gets overlooked by the casual fan is that, one of the main concerns is finding homes for the kids to live in if they make the final roster.; this is where the billets become indispensable.

Many things are involved if you want to be a billet; you have to be the type of family that treats others as their own, be dependable, adhere to the rules/regulations of the Hound organization, and be willing to watch your refrigerator deplete as you fill it.

As I was told a couple of  years ago “the stipend we receive barely feeds these growing men”?. I have heard it time and time again that some of these kids eat like horses; maybe it would be cheaper to buy one and maybe slaug……….?(yeah not going there).

Speaking with a couple of former billets this weekend; they tell me that around this time of year they are corresponding on a regular basis with the parents and the kids. The relationship and trust begins many many weeks before they actually meet, unless they are billeting the same kid from the previous season.

These kids will be calling a Sault Ste. Marie address their home for about 8 months and that is a huge chunk of change in their young developing years physically and mentally.

Coming on board as a billet you must realize this, and that is probably why the vetting process by the organization is very thorough.

Being the most ardent Hound fan might not make 4 a good billet, and at the same time, a casual fan might. I know of a few billets over the years who rarely even attend the games either because of work or as a result of raising their own young families at home.

I have heard billets tell me that the best part of being one is not how the boy develops on the ice, but how they watch them develop over a year or two into professional and respectful young men.

The organization through its’ programs of visiting schools, or hospitals etc., have much to do with this as well.

Now, moving on we are still waiting for official announcements as to the capacity to be set for fans attending at the GFL, the entry requirements, and notifications for season ticket holders to renew and how they are going to determine which ones get first dibs.

I am thinking that there may very well be a possibility that the gamenight fan of the past, may not be able to attend this year unless acquiring a ticket from someone somehow.

For instance the Stage 3 guidelines as per the Ontario.ca website lists for indoor sporting events a maximum of 50% capacity up to 1000 people. These numbers unless adjusted are going to be critical if Stage 3 gets extended. 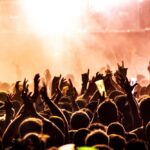 The Soo Greyhounds organization prides itself for putting on a good show for the fans year in and year out for decades, and this has resulted in a high season ticket fanbase.

The problem moving forward is that if for instance the Hounds have a season ticket renewal number of let’s say for the sake of argument,2500; how is this going to work for all involved?

Surely you don’t want to leave someone who has been a STH for the last 12 years out in the cold SSM climate because the attending capacity was set to 1000 or 1500 and they may be listed as 2109 in the seniority department.

What happens to the loyal fan who prefers to buy tickets on demand as per work commitments, but has rarely missed more than 9 games a season in the last 30 years?

This is not going to sit well with many and speaking with a season ticket holder this weekend, that concern was voiced.

It is very touchy as I am sure the organization would like to possibly have a handful of game day tickets available 4 the last minute purchaser, but how will that sit with the season ticket holder for years that has been left at the corner of Portage and Main in a Prairie Town

These fans have kept the Hounds afloat financially for years and …..well; to say the least it is going to be a tough go to spin this in a positive way to those affected. 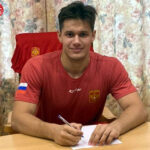 Speaking of finance$ regarding our local Greyhounds and others in the league; according to Mike Stubbs of 980 CFPL  ““The League has a direct financial impact of over $126 million and an indirect impact of over $265 million on the Ontario economy. OHL member teams raised upwards of $4 million in support of charities across the province during the 2019-20 season.” and this was according to Ontario Hockey Leagues own figures he wrote.

Anyway, as we await word from those with the gavel, I am sure the most recent Hound to sign is practicing his English and packing his bags for his long flight from Russia; Kirill Kudryavtsev. The 17 year old 6ft 185lb defenseman was selected 6th overall at the CHL Imports draft and should be stellar on the backend. Now is it just me or does this kid not look like a young Saulite and former International Ice Hockey player in one John Parco ??
Go Hounds Go !!!
Error happened.
Tags:
John Parco, Kirill Kudryavtsev, Mike Stubbs 980 CFPL, Neil Young, ontario hockey league, Prairie Town, Randy Bachman, Season Ticket Holder, Soo Greyhound Billets, soo greyhounds
Facebook Twitter Pinterest linkedin Telegram
Newer It’s A Miracle…………………Roger Waters (Pink Floyd)
Back to list
Older Tokyo Road………………Bon Jovi