Such a great song not only in melodies, but the lyrics are deep and compelling. The Key of the song is pretty sad set to the Minors of E F and that is the genius of it. Interesting note for fans of guitarists; one Jeff Beck lends his talent to this song.

Roger slows you down to listen to the words. The main theme is primarily about self reflection, priorities, corporate greed, and yes….Miracles. 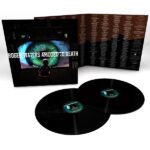 I was a passive Pink Floyd fan growing up, but while I was in Mexico City in 2014 I met a beautiful woman who introduced me musically to Amused to Death.

I think the song sunk in because we were listening to it during a power outage during a tropical rainstorm. The rain did not let up for about 6 hours and I am sure it exceeded 100mm. The feelings of the rain and song were romantic. I am sure we listened to album four or five  times while chatting by candlelight.

I will never forget my chance encounter with Mariana, and also this song and its’ composer.

Since that day, I have followed Roger on social media and with all of his luxuries, he is one hell of a voice for the oppressed.

He has speaking, yelling, protesting, and holding concerts for many years regarding the unjust treatment and detention of Julian Assange who Uncle Sam is trying to get him on American soil to put him on trial for simply telling the truth.

If you are not aware, Julian, an Australian citizen was one of the founders of WikiLeaks which exposed the war crimes committed by our governments’ worldwide.

He is a journalist, Father, and family man and has been held without trial for his charges for 8 years. 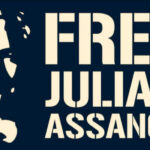 Six were holed up in the Ecuadorian Embassy in the UK, until two years ago when he was forcibly yanked out and now rots in solitary confinement at Belmarsh awaiting a new trial in order to extradite him to the US.

During the first case to extradite him, Judge Vanessa Baraitser blocked that attempt saying if granted he would surely die in an American prison for whatever reason, including suicide.

Anyway, enough political talk for the day; I know you’ll love the song above and if you get a chance today, go online and support one of the Free Julian petitions you can find that have signatures in the hundreds of thousands….