..primarily because it is still unknown where the lifelong fans will be sitting.

Of course they will be sitting on their bums, but whether it is at the GFL arena or at home is the question.

I have said it before and I am saying it again; with the restrictions as per C19 and the legislation and the requirements by the government bodies, don’t be surprised if many of us will be at home watching “the good old hockey game” via the old BooB Tube. 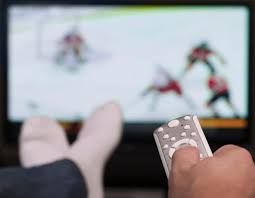 With all of the precautions, possible Vax Passports, the social distancing, and

everything else that is involved; the junior team owners will find it hard to pay billets, education packages etc. with half empty arenas.

Politically it is very tense right now as ownership, management, and all involved have to realize that some of their most loyal fans during the past three or four decades will refuse a vaccination and/or swab at the door to prove they are not bringing anything contagious into the arena.

Yes I said, swab at the door; it is a fact that rapid lateral flow tests are a real thing, and according to Forbes magazine and other literature you can research for on your own, this technology has been used to reopen bars, shops, sporting events etc. all around the world.

In fact George Soros and Bill Gates have recently invested $millions to back a consortium to buy Mologic Ltd. which is the same company that is known for its’ deep nostril technology to test for Covid 19.

Let us say that all the loyal fans actually agree to these possible requirements; how do you decide who gets in and who doesn’t? The confusion coming from our politicians get worse everyday.

On one hand and on a certain day, the goal posts are set so that the public is being told that vaccines are a way out of this mess, but the next day they are told that they still have to practice social distancing, mask wearing, and possibly more vaccinations.

There are many things that ownership needs to be concerned with and attendance and revenue is obviously at the top.

I will say that there may be a few pucks that squeak across the goal line and until they are replayed in slow motion………… ownership and the advertisers may be surprised at something that is obvious to this writer, but may not be obvious to the naked eye.

In regards to season ticket holders or fans that have supported the team for decades; I wonder what percentage of them will not return to the arena ever again, just for the fact that the media fear mongering has been going on day in and day out for at least 18 months.

Even with all the precautions that will be in place for a safe environment, I anticipate that some of the most passionate of fans will not return.

To what extent that will be is something that we will find out in the next 6-8 weeks.

I think it is a very safe bet that if you are a person with a weakened immune system; staying home and watching the game on the tele or your laptop would be the obvious decision.

If this is on any substantial scale, and with the limited attendance as per the building; it is more than safe to assume that the OHL and media companies are discussing this right now.

The Hounds ownership has shown great leadership by paying its’ top level crew from management to coaches to admin etc. during the past year and a half; but at some point the money will dry up unless a revenue stream is created.

That revenue stream might very well be streaming from your laptop.

**This morning I received this prompt reply to my questions submitted only a few days ago and appreciate it, as not only a hockey writer, but a loyal Greyhound fan thru and thru.**

“Thanks for your questions. At this time, we don’t have any specific insight into these matters. Ultimately, we will receive guidance and direction from the Province, health department, and City, as well as the OHL. We are optimistic, however, that we will be returning to play on-time and with fans.”