Your Weather for Thursday Oct 6 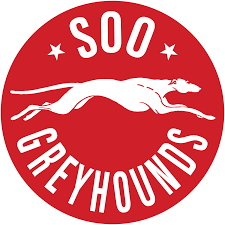 Bryce McConnell-Barker answered the bell and played his best game so far early in the season. BMB ended the game with a goal and 6 shots on net. The Hounds as a team also played their best 60 minute contest so far this season against a foe (Flint) that is stacked. It was obvious that the game plan from John Dean was to get pucks on the net from any angle as rookie D man Matthew Virgilio hit the net 7 times and tallied a goal and an assist.

The Hounds outplayed Flint at times in the game but the kicker was the two short handed goals the Dogs gave up during their 8 power play opportunities.

Aside from two mentioned players, great games were had by Mark Duarte, Kirill Kudryavstev, and Andrew Gibson, who is quickly becoming a leader and fan favorite. Once again Charlie Schenkel shone bright in net and I still can’t say he has had a bad period or given up a soft goal in three games this year.

As I alluded to the Sea of Red (EMPTY SEATS) I am sure there is some degree of concern in attendance values. With only 2900 for last nights game, it is becoming apparent that lockdowns/mandates did not only destroy small businesses in the past few years, but they are putting chinks in the armor of larger entities such as the Soo Greyhounds Organization and other Junior hockey markets in the province. When I wrote about the ludicrous nature of no fans being allowed to attend hockey games at recent times in the past 18 months BUT the kids can sit 18 on a single bench, only inches apart….that it made NO SENSE…..the majority just ignored this fact. When I wrote that attendance was low when they “ALLOWED” people back in the stands (with terms), I was told “it’s early, they will come back” etc. Well folks, aside from the first game of the season…….well two games in and the chink is looking like it may rust through.

And no…the price of gas, heat, food, etc are not the culprits in my opinion. This city has gone through tough tough times with Algoma Steel (largest employer) ..strikes/layoffs etc etc, and the fanbase has always been consistent and I believe the Hounds have been in the top 3 in the league (attendance) as per capita.

I’ll say it again; the leagues governors should have collectivley fought this more a few years ago. At the least with only the arguement that 18 kids side by side on two benches being “allowed” made no sense.…..and here in Algoma where the “cases” were low and the mortality rate even lower….should have induced a public demand from ownership and mayor/council for easement of the said mandates/restrictions.

Anyway, that is how I feel and I know many are of the same mindset so I am comfortable being honest on this matter even if it is not popular. the

The Happy Fun Ball Is In Your Court