The Great Depression; Gore Between Albert and Wellington/ And All the Suspicious Fires Lately ? 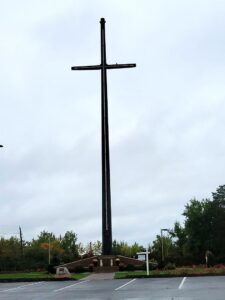 The other day I walked 60 minutes in the downtown core and upon coming up North on Gore I decided I had to write a piece about the poverty, sadness, hopelessness, that I witness when in that area.

A few years ago, I thought that the city and police services were on the right track with the Neighborhood Resource Center. It was a place for local residents to go for guidance, safety, and resources that they may not be aware of .

Since then, the center has been yanked from the neighborhood and  upon speaking with the former landlord of the building it was in his opinion due to the Police Services just wanting to get out of doing it and passing it on to the Social Services Agencies in town. He had heard rumblings that they wanted out as “it wasn’t really helping anyway” he told me.

Apparently the Chief of Police had gone to the building after it had been closed due to the pandemic for about three months and figured it wasn’t fit for hosting people. The landlord told me that with no airflow for three months, it would obviously have been stale and have a bit of an odor as the basement had a very minor issue with a bit of water leakage at the north wall. he said.

In regards to the water in the basement (where no services etc were held)  he said that the building is very old and those things happen from time to time.

He also said he was up to safety code and regulations with the Fire Service etc.

The Bottom Line is They Left

I feel they should have used their large budget because there is surplus money they can find I am sure. If not they should have approached the city even though it wasn’t their property; we are talking about the lives and well being of our fellow humans. In relation to budget money; they sure found $thousands of dollars to pay officers overtime pay and bring out the Command Centre vehicle on numerous weekends when a couple of dozen peaceful protesters were at Bellevue Park this summer. I may go through the FOI in the future and see just how much tax payer dollars was wasted for this, but that is not on the top of my list at this moment. 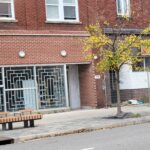 Yes, crime can happen anywhere, but it is just common sense that it happens on a more frequent basis in depressed areas, such as downtown, Jamestown etc.

This is no slight to the residents in that area as people are the same everywhere, it is just a fact that when addiction and poverty meet, the result is going to be crime.

Now, the current Mayor and Council have done some things over the last couple of years that I agree with and I 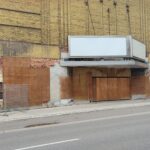 have written in a good manor accordingly. I think I am pretty fair that way; you don’t have to like someone personally to maturely recognize something good they have done.

Having said that, I really think that the above overlooked the systemic problem in our city of poverty, addiction, and depression, by bulldozing their way to the new downtown plaza at a cost of about $8 000 000. They bulldozed in my opinion because from what I heard and read; the overall consensus from city residents was that it was not something they thought $8 million should be spent on especially during a pandemic with so many businesses either closing or suffering to stay open.

Of course revitalizing  and injecting new projects into the downtown is a good idea, but so is directing money more responsibly and utilizing existing infrastructure more efficiently and to its’ capacity such as the Bondar Pavilion. 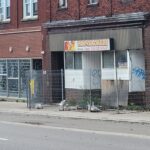 Market it more aggressively for wedding receptions, birthday parties etc; yes it can be done; my sister held her reception there is and is was a fantastic event.

That $8 million dollars could go a very long way in regards to hiring and not himming and hawwing on it during council meetings. For years the residents have complained about the landlords letting their units rot and the garbage and junk in the yards doing the same. Instead of targeting small businesses for ridiculous infractions regarding patios and bylaw requirements, hire as many by law officers to constantly stay on these building owners until they comply.

But no; it is a constant battle. Where are the priorities of our local leadership? It doesn’t seem to be with the people on certain issues.

A chunk of that money should have gone to increase the Police Services budget if needed to make sure the downtown core and depressed areas of town have constant patrols.

It has been suggested that if the Police Services Building does get relocated, that a good fit would be downtown !!

They are already admitting that there presence in the said area would be beneficial; so why skip bail and leave the Gore street area where many people found hope. In my opinion the decision was based on bureaucracy and not the best interest of the people.

Now back to Gore; there are a lot of people suffering and actually living right on the street. There is sort of laneway between a couple of buildings and I have seen people sleeping there this summer. This is sad and in a country with all the wealth we have, this just shouldn’t be. 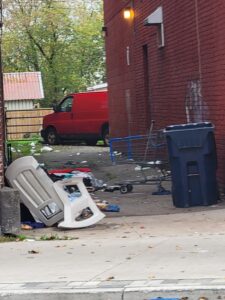 Walking down Queen on any day you see the hopeless faces, pain, addiction, poverty, and despair.

We might hand them some change when we have it and we go on our way.

It’s tragic that our elected leaders feel a shiny new plaza is in the best interests of the community.

I don’t have all the answers, but just my opinion.

Anyway, as I updated to publish this article, there have been a string of suspicious fires in a matter of days and three of them have hit the downtown core.

Anyway, those are just some of my thoughts and thanks for reading .

50 thoughts on “The Great Depression; Gore Between Albert and Wellington/ And All the Suspicious Fires Lately ?”