Will Russian Greyhound Kirill Kudryavstev Soon Be On His Way Back To Moscow ?

I haven’t written my game day summaries and postgame summaries for a few games now as I had other commitments and was also feeling a bit under the weather for about a week.

Since I am 99% over this nagging cough and sinus issue, I was going to write today about the past two Hound games against the London Knights but there are more serious issues right now. The Hounds did play two really good games this past Friday and Saturday against one of the countries best teams, coached by one of the best coaches in OHL history in Dale Hunter. Love him or hate him; you can’t deny that he is a superior coach and motivator.

After losing 6-3 to the Hounds on Friday, the Knights regrouped and played a solid game picking up 2 points in a 3-0 win over the dogs the following night.

Todays real story is more of a question regarding one of the Hounds best players.

Are preparations in the works currently or a timeframe and contingency plan for Russian defenseman Kirill Kudryavstev to make his way back to his homeland of Russia if cooler heads on the international scene don’t do an about face very very very soon?

With the Russian president recognizing two breakaway republics of the Ukraine and a military campaign against the said country, there has been an unprecedented uproar around the globe in mostly western leaning countries that has brought on with lighting speed, the suppression of news outlets, the evacuation of citizens from European countries, and most critically the blockade of major air carriers from Russian airspace, British airspace, European airspace and the list goes on including Canadian airspace.

At some point as a parent you are going to want your child at the tender age of 17 to come home during what is quickly moving towards a worldwide military event if as I mentioned earlier, cooler heads don’t prevail soon.

The last thing on the minds of the Hounds organization should be the losing of a high quality player.

The peace and comfort he would have at home is paramount; the slamming of his nation here in the West is front page and on every page. This kid has done nothing wrong and I am sure is feeling quite uncomfortable right now.

I don’t believe in the Canada “good” Russia “bad” bullshit and I also don’t believe in the Russia “good” America “bad” crap as well. Geopolitics are deep and complicated and the media plays a very very large role in the way it cherry picks what we get to read or view so an open mind and critical thinking is of the utmost importance for weighing in on these issues.

As Paul McCartney and Stevie Wonder elegantly wrote in Ebony and Ivory “we all know that people are the same wherever you go, there is good and bad…in everyone.. we learn to live when we learn to give each other what we need to survive”

People these days forget those things as it’s easier to scroll through your phone and put in little effort in understanding that other govt’s around the world fail, but so does our own at times.

With social media rampant and slanted once again; as previously any kind of comment or opinion opposite of the Covid 19 narrative was taken down from YouTube and Facebook as “misinformation”, the same is happening now in regards to this terrible situation.

My fear is that with these young kids being influenced by their Androids and iPhones, will there be on ice chirping towards Russian hockey players in the OHL and if so, will the punishment be fair in the same way that using an abusive term towards a player of color or things of that nature?

I hope the OHL is actively on this as if the Russian born kids playing in the O are not called back home soon, there could be some political interference on the ice and these kids don’t have the immediate support and backing of their countryman and it could seriously impair their mental growth and mood. 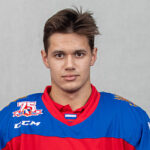 I hope that fans will respect also that these are kids caught in the middle and don’t heckle them in anyway. It’s not unheard of as certain fan websites on FB tolerate the complete immaturity of its’ members which are adults to call out and use degrading and immature comments towards these kids of which many of them read.

Fans caught chirping kids in this situation should be tossed out of the arena.

Anyway, I don’t have a good feeling that things are going to get better for a long time so my intuition leads me to believe that Kirill will not finish the season here unless there is some kind of breakthrough.

My thoughts are that planning is underway to have him flown to a neutral country and then back home to Moscow in the near future.

If you are reading this Kirill; keep strong and keep playing great hockey and anyone with an ounce of decency is feeling for you right now in this terrible time.

Thanks for reading and Go Hounds Go !!

10 thoughts on “Will Russian Greyhound Kirill Kudryavstev Soon Be On His Way Back To Moscow ?”