Now, before you go any further.

Canadian frontman Lawrence Gowan and I had another nice chat; the man is always upbeat and in a great mood.

I had the great opportunity to speak with him while he was sitting in Lewisburg WV, waiting to play the State Fair this past Sunday.

As always our chat was upbeat, positive, and full of the WOW factor; I will get into that a little bit later.

Crash of the Crown

Anyway, the Styx singer and I talked about the new album that was just released and debuted at #1 on the Billboard Rock Albums Chart, Crash of the Crown.

The album was written primarily pre Covid 19 and the interesting fact is that most songs relate exactly to what has transpired over the past 19 months or so. 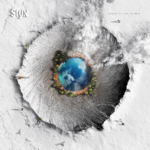 I mentioned that when I listened to the album; with my perspective it seemed to be a bit mellower than other albums in the Styx catalogue. “Well, I think with this album we tended to go back to the more progressive era of Styx. We jammed a lot of prog elements in there and some of the harder and more rock songs would exist in tracks like To Those, and Common Ground….but it is definitely a prog rock album and we hit every part of the spectrum from more melodic songs like The Fight of our Lives to songs with great acoustic sections and some really great soloing”

In regards to how most of the songs were written pre-Covid; for some miraculous reason, the theme and lyrics are very fitting and acute with what has gone on in the last year and a half. “All the tracks I think aside from two were written pre pandemic, and three months in we started to think that they fit exactly with what was going on at that time and now. The common theme overall seems to be renewal and renewal after some cataclysmic event. We are currently starting out our live shows with The Fight of our Lives followed by Blue Collar Man and it seems to really resonate with the audience quickly and get the show off to a great start.”

I asked Mr. Gowan if there is anything positive that has come out of being sidelined for a year and a half and he confirmed to the fact that he appreciates things now more and is grateful for what he has been doing all of his life.

“Great question, that is a really great question because I have always kind of taken for granted that for the last 40 years I really never had to get a regular job; I had somehow escaped it ? (laughter) I guess you could say. Being able to write and play my music was always there for me, but I have now had a really profound change as to the way I look at my art. I feel blessed now that I realize I am making a difference not only musically, but in a way spiritually to people that come out and see the shows.  I have read on social media how devastating it was for people to not be able to go out and socialize and see a live music event. It’s really made me feel that hey, my life on Earth really does have some meaning ? ” Lawrence said with a chuckle. 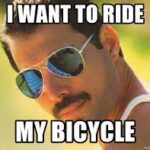 Aside from the above, Mr. Gowan says he is also gearing up for next years Tour De France?. Since the beginning of the pandemic; in order to keep in shape mentally and physically, he as taken up riding his bicycle again 4 the first time in about 25 years. “I decided early on to not only keep in shape, but to get my mind off of the news and what not, and have been riding about 90 minutes around TO a day.”

He also confirms he may even write a song similar to I Want to Ride My Bicycle by Queen as we joked about that song coming into our heads when riding bikes.

Remember I mentioned the WOW factor above? Anyway, we were chatting about how great it would be for Styx to pop in and maybe play a smaller venue show if they happen to roll through the Soo on a cross Canada tour and were bussing.

Yes, they do bus from time to time, but make no?’s  about it …. the busses that they sleep in our like 5? hotels.

Having said that, he told me he remembers crisscrossing Canada and going through the Soo at least 20 times over his career whether it was in a car, tour bus, van, horse and buggy ? or whatever. “ I remember my very first show early in my career was at a place in the Soo called the Empire Hotel” 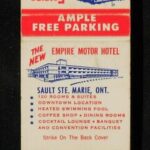 Seriously? I can’t remember what I had for breakfast and this guy remembers a show he played three decades or so ago? WoW !!

Anyway, in reference to plans for a Canadian tour to support the album; “We are planning on a Canadian tour but that would be in 2022, but you never know we may be able to hit a show or two in Canada this year, but we will have to play that by ear right now.”

So if you do happen to be lucky enough to live in a country where live shows are allowed ?; check out the Styx tour.

You will also notice the fifth Beatle Clarence on stage …well not quite, but you will notice an added cast member in Will Evankovich who has done everything in the music industry and that includes producing Catch of the Crown. 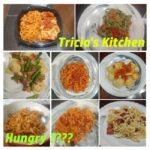 One more quick note; Lawrence told me it really kind of broke his heart this past Saturday night when playing in Buffalo NY, as just a short drive away he wishes his Canadian fans from the St Catherine’s and Niagara Falls area could have attended.

Coming up this week Zoom interview with Joey Santiago of The Pixies !!

END_OF_DOCUMENT_TOKEN_TO_BE_REPLACED

Facebook Twitter Pinterest linkedin Telegram
Well, if he wasn't such a nice guy he probably would, so I am grateful that this will not happen. I reached out the the former Guns ...

END_OF_DOCUMENT_TOKEN_TO_BE_REPLACED

Facebook Twitter Pinterest linkedin Telegram
But How Is It Going 2 Feel Mentally ? ...to the kids used to playing to a noisy crowd of 4-5000? Yes, the energy may be a little drain...

END_OF_DOCUMENT_TOKEN_TO_BE_REPLACED

Facebook Twitter Pinterest linkedin Telegram
Coming up in the next week.. I will be interviewing the following Feel free to email me your requests and I wil...

END_OF_DOCUMENT_TOKEN_TO_BE_REPLACED

Facebook Twitter Pinterest linkedin Telegram
Well, if he wasn't such a nice guy he probably would, so I am grateful that this will not happen. I reached out the the former Guns ...